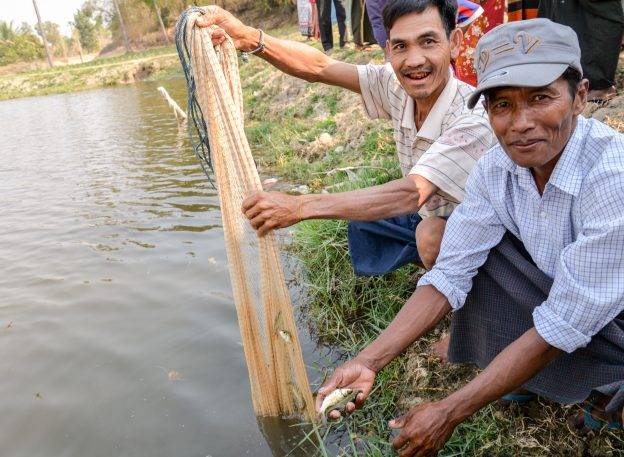 In Myanmar, an average 50% of human protein consumed comes from fish. Fish represents the main food group, with 26-34 kg consumed per capita and year. Only one traditional meal of rice and iron-rich fish sour soup can provide 45 % of the daily nutrient requirements, which makes the fisheries and aquaculture sector essential in a country, where malnutrition is widespread.

Freshwater fisheries and aquaculture currently supply 27% of fresh fish consumed and employ around1.5 million people living along the country’s four main rivers, Ayeyarwaddy, Chindwin, Sittaung and Thanlwin. However, wild fish stocks are declining and inland fish ponds are not producing enough to meet current population growth, according to the Department of Fisheries office in Mandalay. This gives the sector significant room to expand and potential to drive forward economic development of the country.

However, poor regulation and management of fishery resources, lack of know-how and technology challenge the development of inland fish production. In response to the current situation, the Myanmar government has declared the development of the fisheries and aquaculture sector a national priority.

MYSAP is working to strengthen inland aquaculture production through the MYSAP Inland project. The project is implemented by the World Fish Center, a global research and development organization. Drawing on several years of experience working in the fisheries sector in Myanmar, the MYSAP Inland team works to increase aquaculture productivity by promoting improved farming practices and domestic production of affordable, higher quality seed and fish feed. A variety of species are promoted, including rohu, tilapia and micronutrient-rich small indigenous species. 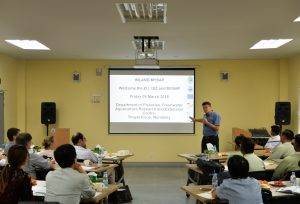 MYSAP Inland is directly supporting 1,500 producer households in Kengtung, Pekon, Pinlaung, Kale, Shwe Bo and Amarapura – six townships in Mandalay and Sagaing Divisions, and Shan State. This includes aquaculture farmers, hatchery and feed mill operators, processors, market vendors and rice farmers that could diversify to paddy-cum-fish production. An additional 1,500 households will benefit from employment opportunities and increased income, while the nutritional impact is intended to have an even greater outreach.

The project is focusing specifically on making fish available in currently fish-deficit areas. By raising awareness for the health benefits of eating fish and by improving access to fish products for low-income households, the project is contributing to the countrywide combat on malnutrition, especially among women and young children.