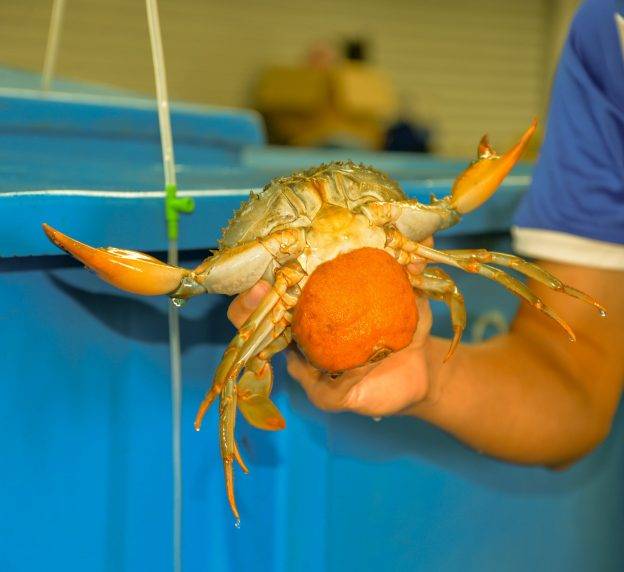 Mud (or mangrove) crabs are one of the most important exported seafood species from Myanmar, and also the one with the least sustainable harvest. An analysis of the live crab sales and stocking into soft-shell crab farms suggests that over 134 million crabs are collected from the wild every year. It is widely understood that continued over-collection of crabs from the wild has already led to decreasing catch per unit of effort and to rapidly decreasing average size. For mangrove (mud) crabs, the Ayeyarwady Delta, Tanintharyi State and Rakhine State are major collection and production areas with Labutta, Pauk Taw, Myeik, and Yangon area, having major softshell crab production facilities. Aiming at reservation and sustainability of the fisheries resources, the Department of Fisheries prohibits the capturing of the crabs for three months.

In order to reduce the dependence on crablets collected from the wild, MYSAP supported the first of its kind mud crab, which started production in April 2019. The hatchery is located in in Labutta Township, Ayeyarwady Region, and run by Texchem, a Malaysian firm with huge experience in artificial mud crab reproduction. Through the ongoing trials, MYSAP is further supporting the hatchery and train local breeders to acquire improved know-how on crab production and nursing. 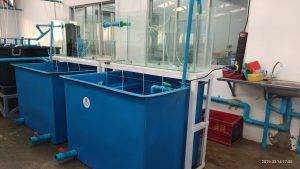 “The crablets are from Texchem and MYSAP supports us on how to operate and breed as well. I put 20,000 crablets in the first batch and 60,000 crablets in the second batch. We now are seeing great results from the first batch. Before we had to catch crabs from the wild. Hence, the catch may include either small or big ones. But now, as we are harvesting the crabs which are hatched from Texchem hatchery, we can get about 100 crabs while we used to get 10 crabs in the past. We could say it turned out well”, said U Myo Lwin, a crab farmer, Labutta Township.The breeders already start seeing the benefits of the new crab hatchery. The number of breeders is increasing as crab larvae are being supplied through the hatchery. 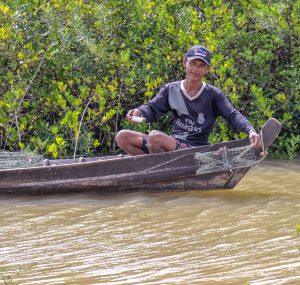 The MYSAP-supported mud crab hatchery can be seen as a key contribution to the preservation of Myanmar’s biodiversity and secures jobs in local farmer communities by making them independent from an increasingly insecure supply of wild-caught mud crabs. Due to the novelty of the technology in Myanmar, the Ambassador of the European Union to Myanmar, His Excellency Mister Kristian Schmidt decided to visit the hatchery on 25th and 26th March 2019 highlighting the importance of the facility.