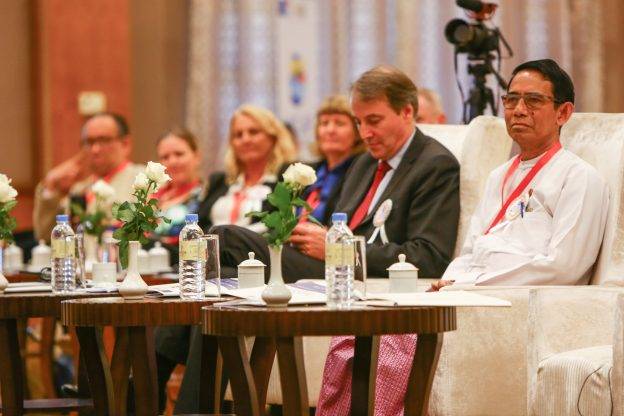 The National Aquaculture Development Plan (NADP) should be a national priority for the socio-economic development of Myanmar, Union Minister Dr. Aung Thu said at the MYSAP official launch in Naypyidaw on 1 February 2018. “Such a plan [NADP] should be a national priority as aquaculture is already a very important economy activity, which promotes livestock, income and food supply” said Dr. Aung Thu, emphasizing the advantages of aquaculture to Myanmar’s socio-economic development.

The first area of intervention of the MYSAP project is the establishment of an institutional and policy context that favours inclusive and sustainable development of aquaculture in Myanmar. The Department of Fisheries (DoF), GIZ and CESD jointly facilitated the first NADP Dialogue among ministries, to facilitate this process:

Myanmar signed MYSAP’s founding agreements with the European Union and the German government in 2016. Following a one-year inception phase, the programme now started the consultation process to formulate a strong and comprehensive National Aquaculture Development Plan (NADP). The Department of Fisheries has decided to follow the FAO principles of environmental sustainability and social inclusiveness.

“The government of Myanmar, the European Union and Germany have together decided that fishery and aquaculture is an important source of income for households, but also of nutrition for children. And this is what that protect [MYSAP] will address … in a manner that protects the environment and creates jobs for people in rural areas,” said Ambassador of the European Union H.E. Kristian Schmidt.

In her speech, German Ambassador Dorothee Janetzke-Wenzel stated that Germany places great hope in the MYSAP programme, which will help to improve the access of children to nutritious foods. 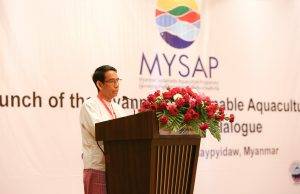